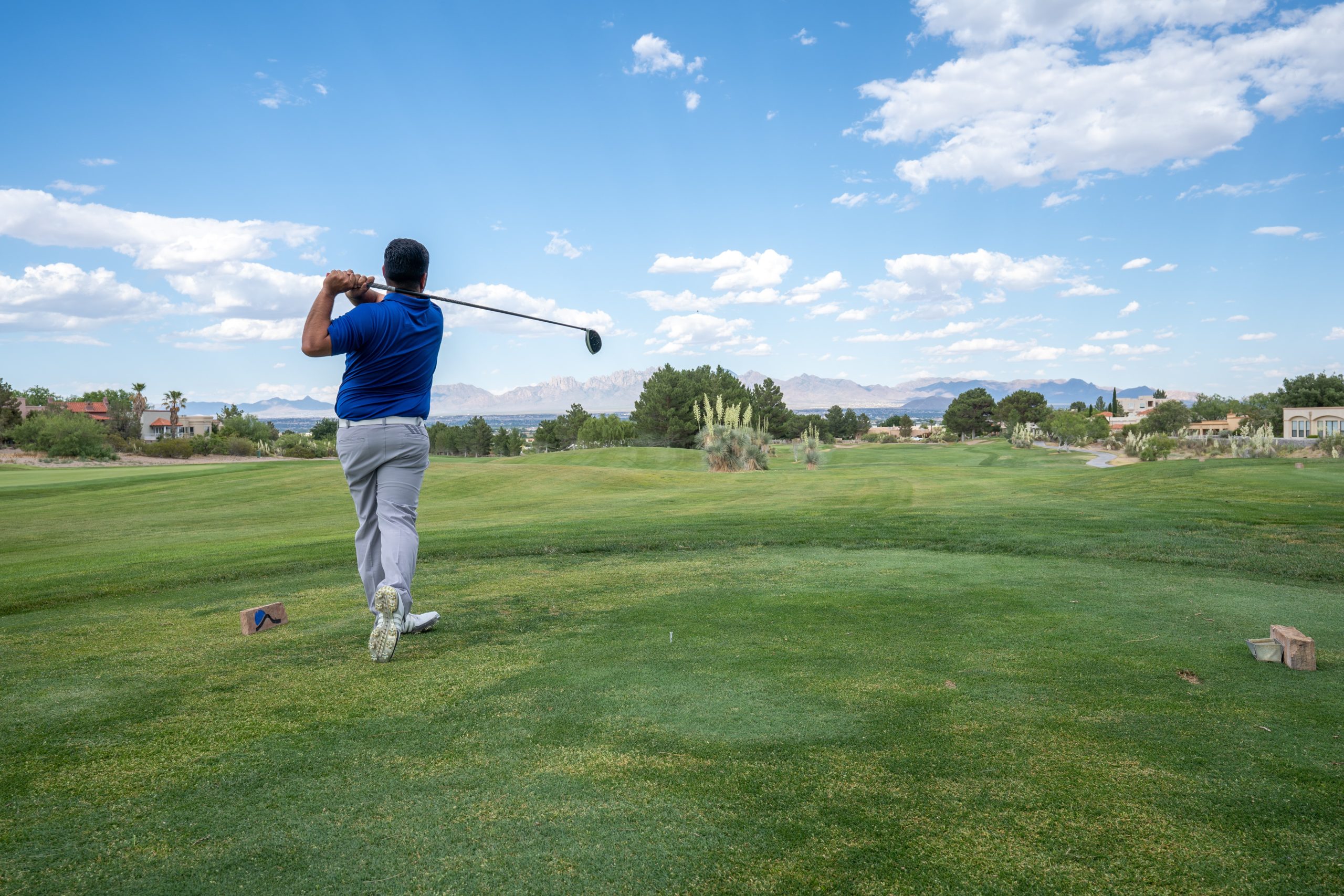 You have been playing golf for as long as you can remember and have completed many courses—both abroad and at home, especially in the South—; still, you can never get enough of this sport. Right when you are about to swing your club in order for the ball to get airborne, that is when you escape the reality of everyday life and focus exclusively on making the perfect swing.

You know just how difficult it is to effectively balance your swing—the movement you make in order to hit a solid shot, which involves your body, the club and the ball itself—. Beginners tend to turn the shoulders back level and stall hip rotation on the downswing and try to control the swing with their hands and arms. However, an experienced golfer like you knows that it is all about tilting the shoulders—so that the one closest to the target is lower—in addition to turning them and having the hips turned toward the target at impact almost twice as much.

The swing is actually organised in several parts:

You know the theory—after all, you have played the game a million times—but even so, when it comes to your swing… there is still some room for improvement.

The key to perfecting the technique is four-fold:

The Best Golf Courses Near The Wine & Country Club

Let us kick it off with the jewel in the crown – La Zagaleta. This is one of the most exclusive golf courses in Europe and is located just a few kilometres from Ronda and The Wine & Country Club. Since it opened its doors in 1990, the two luxurious golf courses and a total of 36 holes have been a crowd pleaser among golf lovers.

Located in one of the best spots in the Costa del Sol, not far from La Zagaleta, Marbella Club Golf Resort is also very popular with golf enthusiasts. This 18-hole golf course successfully combines nature, efficient service, excellence and an attractive design signed by Dave Thomas. Los Arqueros. Located right in the heart of the Serrania de Ronda, this golf course is the first designed by Severiano Ballesteros. In his own words: “Los Arqueros golf club is perfectly suited to all players and skill levels; a reasonable challenge for the average golfer and a gruelling test for professionals.” Its exceptional setting has resulted in a layout that is both original and extremely beautiful.

La Quinta. Three golf courses in one and 27 holes to perfect your swing. Designed by winner of The Ryder Cup, Manuel Piñero, it is famous for the firmness and speed of its greens. In addition, 2019 saw the revamp of all the bunkers, which makes La Quinta one of the most suitable places to shoot some golf, even when it rains.

El Higueral. Last but definitely not least in our list of top golf courses, is this 9-hole located in the hills of Benahavis. It boasts a par of 36 strokes affording magnificent views around each hole designed to enhance the golfing experience. The combination of high quality lakes and greens will provide an enjoyable day of golfing that you will not forget.