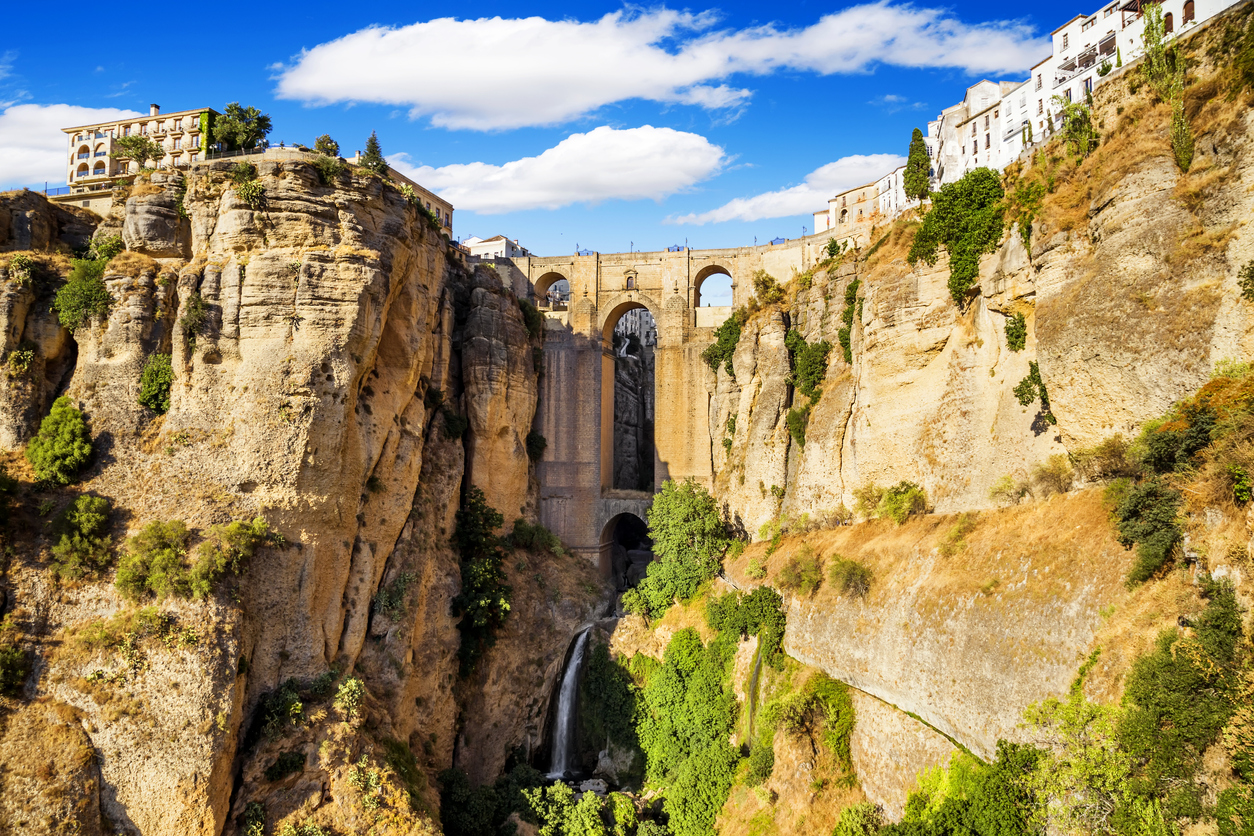 Ronda will never cease to amaze you. Were you ever capable of imagining that such a quiet land, where peace reigns supreme and clean air is a most valuable asset, would also be a land of facts and boldface names on the Spanish scene?

You were first surprised by the city’s imposing bridge over the Tagus River, which in turn led to the discovery that this river is one of the world-renowned symbols of nature. You also became familiar with the town’s bullfighting history and learnt how a family came to mean so much to a place that has remained linked for life to the legend of bullfighting. 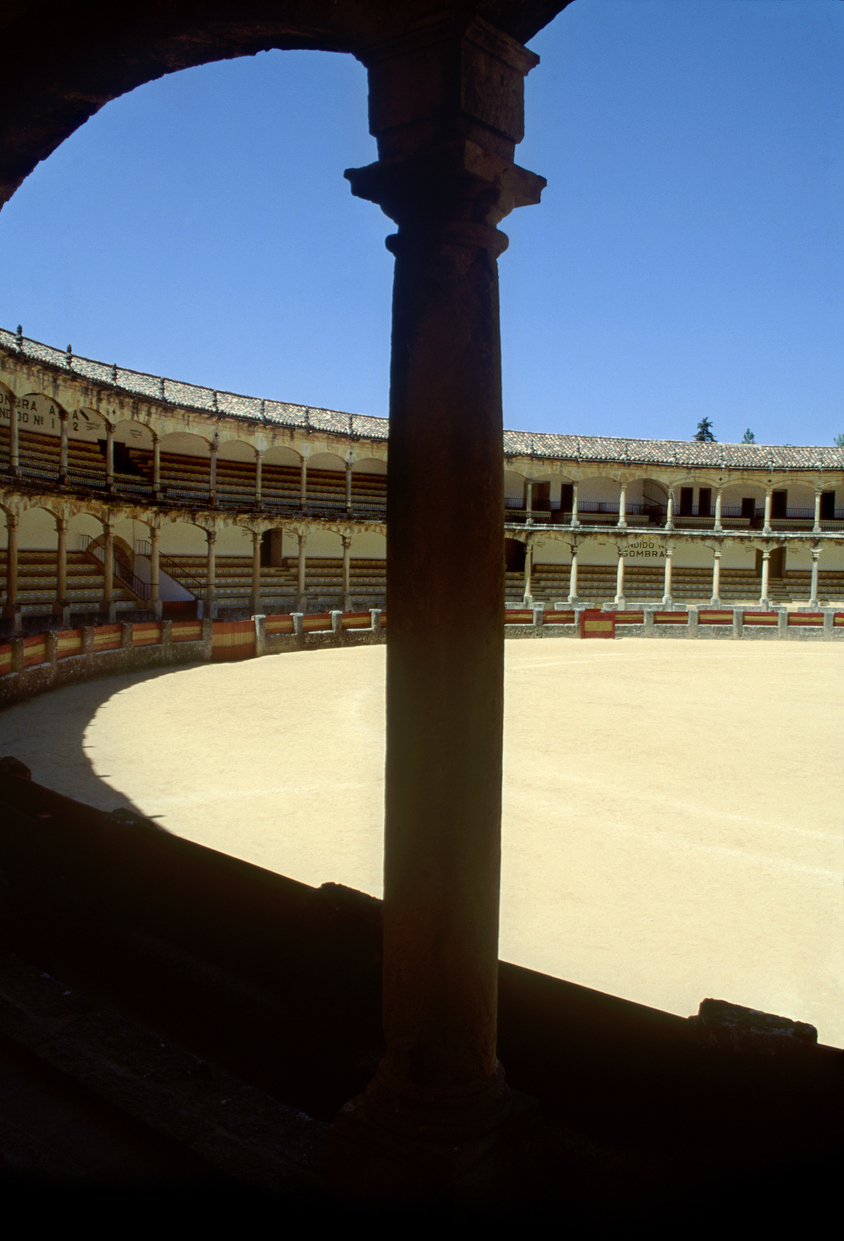 It is well known that during the 20th century, Cayetano Ordoñez and his son Antonio decided to take over the management of the Ronda bullring to imbue it with their way of understanding the profession and facing the bull. This helped Ronda—Malaga’s short-lived enclave—gain considerable fame and reputation beyond our borders, causing celebrities such as Orson Wells or Ernest Hemingway to visit the place repeatedly.

Even odder was the discovery that, for some time, the Ronda bullring was used as a football field.

Back to the majestic Puente Nuevo (New Bridge), it was interesting to learn that over the central arch there is a small room that was once a prison and later became the typical inn of the area. The place now boasts the Centro de Interpretacion del Puente Nuevo (New Bridge Interpretative Centre), a space where visitors can witness the city’s evolution by taking a guided audio tour.

Legend has it that Ronda suffered a case of Stendhal Syndrome, a psychosomatic condition involving rapid heartbeat, fainting, confusion and even hallucinations allegedly occurring when individuals become exposed to something of great beauty. Martin de Aldehuela—the architect that created the Puente Nuevo—is said to have taken his own life by jumping off the bridge; word has it that he feared that he would never again be able to build something as beautiful.

More Facts And Trivia About Ronda

The vicinity of Ronda is home to what is said to be Malaga’s oldest living tree: El Castaño Santo (the holy chestnut tree), with its impressive size—some 14 metres in circumference! King Ferdinand II of Aragon is said to have celebrated a Thanksgiving Mass at its foot.

The site is classified as a natural monument and there are a number of bike routes that end here. 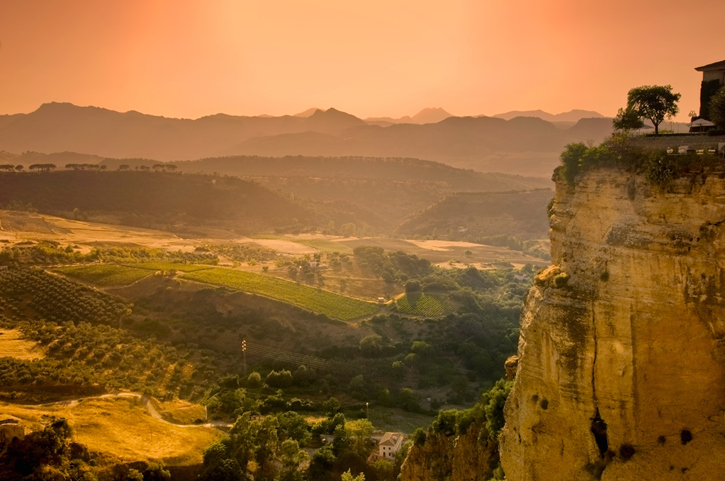 Furthermore, Ronda has been the cradle of historical figures—it is the birthplace of educator and philosopher Francisco Giner de los Rios, and cubist painter Joaquin Peinado—and the setting of a number of motion pictures and television series. The town’s impressive Roman Bridge features in the motion picture Ferdinand, a Disney animated film that tells the story of a gentle and peaceful bull who does not want to take part in bullfighting shows. The successful Spanish TV series Curro Jimenez featured the endless adventures of Andalusian bandoleros and was mostly filmed along Ronda’s mountain ridges.

Finally, Ronda, or rather one of its eminent citizens, Vicente Espinel (1550 – 1624), added a fifth string to the four orders Renaissance guitar, thereby creating the Spanish guitar, as we know it today.