Gastro&Enology
Traditional Foods Of Ronda
May 25, 2021 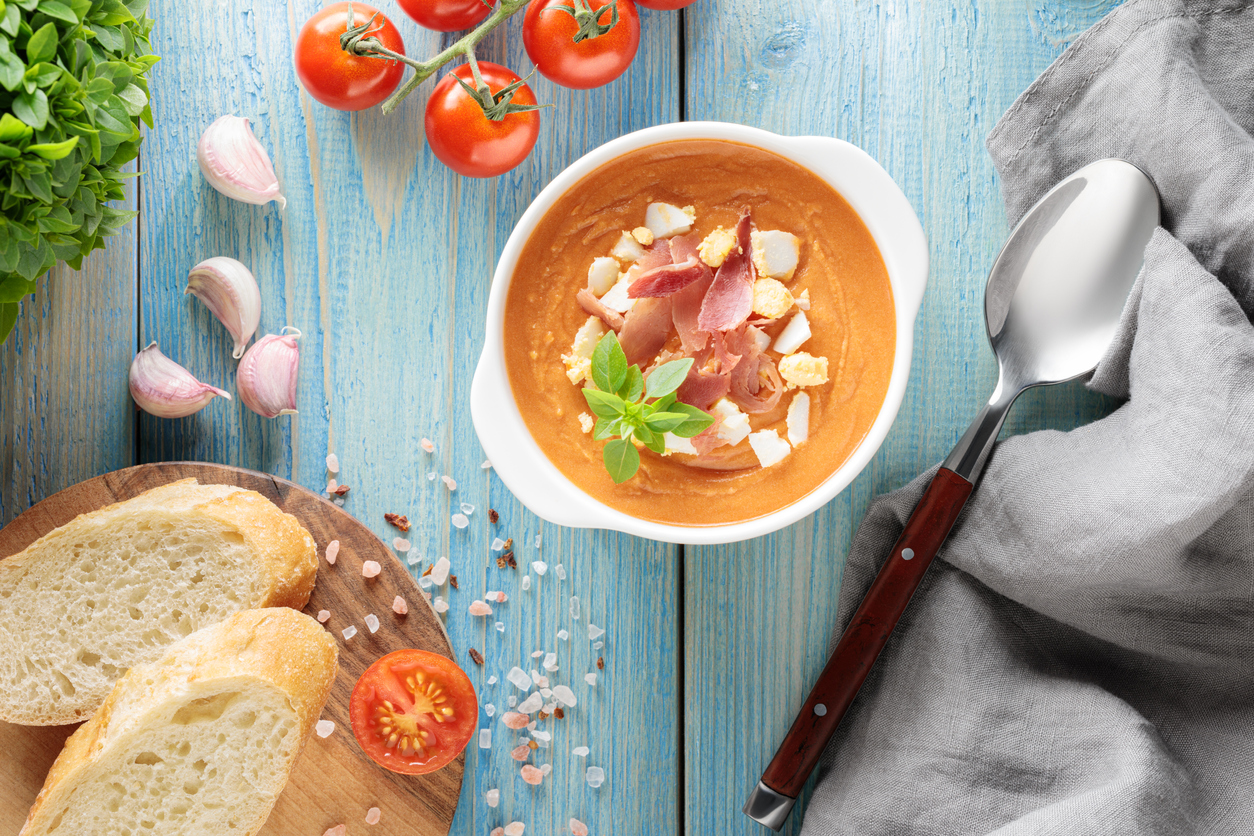 It is so easy to fall in love with Ronda, not only for the breathtaking scenery and the town’s facts and trivia, but also for the incredible food. Ronda is special to many people, for so many reasons, more than we can possibly capture in short prose. To begin with, its imposing Roman Bridge looks like something out of a fairy tale and lends an air of magic to the town. Its streets are alive with history and have been the cradle of many a great civilisation—Celts, Phoenicians, Romans and Arabs have all left their mark and added dishes to Ronda’s culinary wealth.

When wandering through the Costa del Sol, visiting Ronda is a must. Lose yourself in its streets, alleys and corners of incalculable historical value, beauty and charm, and fall in love with its traditional architecture and beguiling landscapes. Located right in the heart of the Sierra de las Nieves Natural Park, Ronda sits about 100 km from Malaga and ca. 60 km from Marbella.

The town has shot many a renowned chef to stardom, such as Benito Gomez, who impresses foodies with the culinary craftsmanship that goes into creating those little Ronda staples.

When in Andalusia, fine food is always a given, but the regional fare around Ronda far exceeds already high expectations. A land blessed with an exceptional climate, where centuries of expertise have perfected the art of cooking, offers a sincere cuisine inspired by the region’s terroir, high quality vegetables from the garden and leguminous crops. This translates into apparently simple dishes, which the quality of local produce takes to a whole new level. They include habas con jamon (broad beans with Serrano ham), alubias con morcilla (white kidney beans with black pudding), the always-popular pumpkin or the famous gazpacho (tomato soup served cold).

Not to forget is the famous Genal Valley chestnut, which is ready-to-use as an ingredient in many dishes, or to simply enjoy cold. Tucking into the amazing desserts of chestnuts it is hard to believe that workers traded with this southern European staple way before the advent of modern currency.

Ronda’s natural setting makes it a fertile ground for hunting. In addition, tradition and the commingling of cultures have contributed to a world of flavours, ingredients and techniques, which are all present in various great game dishes. Rabbit is Ronda’s quintessential main course. Various restaurants have a different take onconejo—as it is called locally—and you can order it in garlic sauce, stewed, pan fried, with mushrooms, etc. Other uber popular game dishes include oxtail (often served braised or as a stew), chicken and partridge. Owing to the skill and know-how of the local people, these ingredients are turned into superb cold meats and blood sausages.

A delicious dessert is the fitting finale to an already sumptuous meal, and in Ronda you will devour them by the bucketload! Think royally luxurious Arab-inspired sweets, where rich ingredients such as honey and almonds are very much present. Some luscious staples will exceed your expectations and raise your standards when it comes to desserts. We mean good old stuff such as pestiños (a rich pastry of dough, deep-fried in olive oil and glazed with honey or sugar), yemas del Tajo (ball-shaped egg and sugar delicacies), rosquillas and rosquillas de alfajor (ring-shaped pastries), roscos de vino (a biscuit-like treat in the family of mantecados and polvorones made with wine), tortas de aceite (olive oil crispbread), and mantecados (traditional crumble cakes).

Get the Right Pairing

What better way to pair Ronda’s typical dishes and recipes than with a locally produced wine? In situ since 2003, La Melonera winery is still going strong and is set to carry the mantle into the future. With patience and love, it brought back to life native grape varieties and returned them to a land that basks in the Mediterranean sun, thereby producing exceptional wines. Some fabulous names under its belt include:

Yo Solo, which has become a fantastic signature wine. About 500 bottles are released every vintage, making this red all the more exclusive.

Just the right blend of Tintilla de Rota, Rome and Syrah grape varieties, Payoya Negra—a red named after the local breed of goat, with whose milk Payoya goat cheese is made in the Serrania de Ronda—is another of La Melonera’s wines that merit special attention. An ageing period of 12 months is all this personal Andalusian piece of gorgeousness requires to achieve utter perfection.

La Encina del Ingles is a beautiful deep red with a good nose of red and black wild fruit aromas, followed by notes of freshly mown grass. This elegant crianza wine is aged for 6 months in 60-hectrolitre French oak barriques. 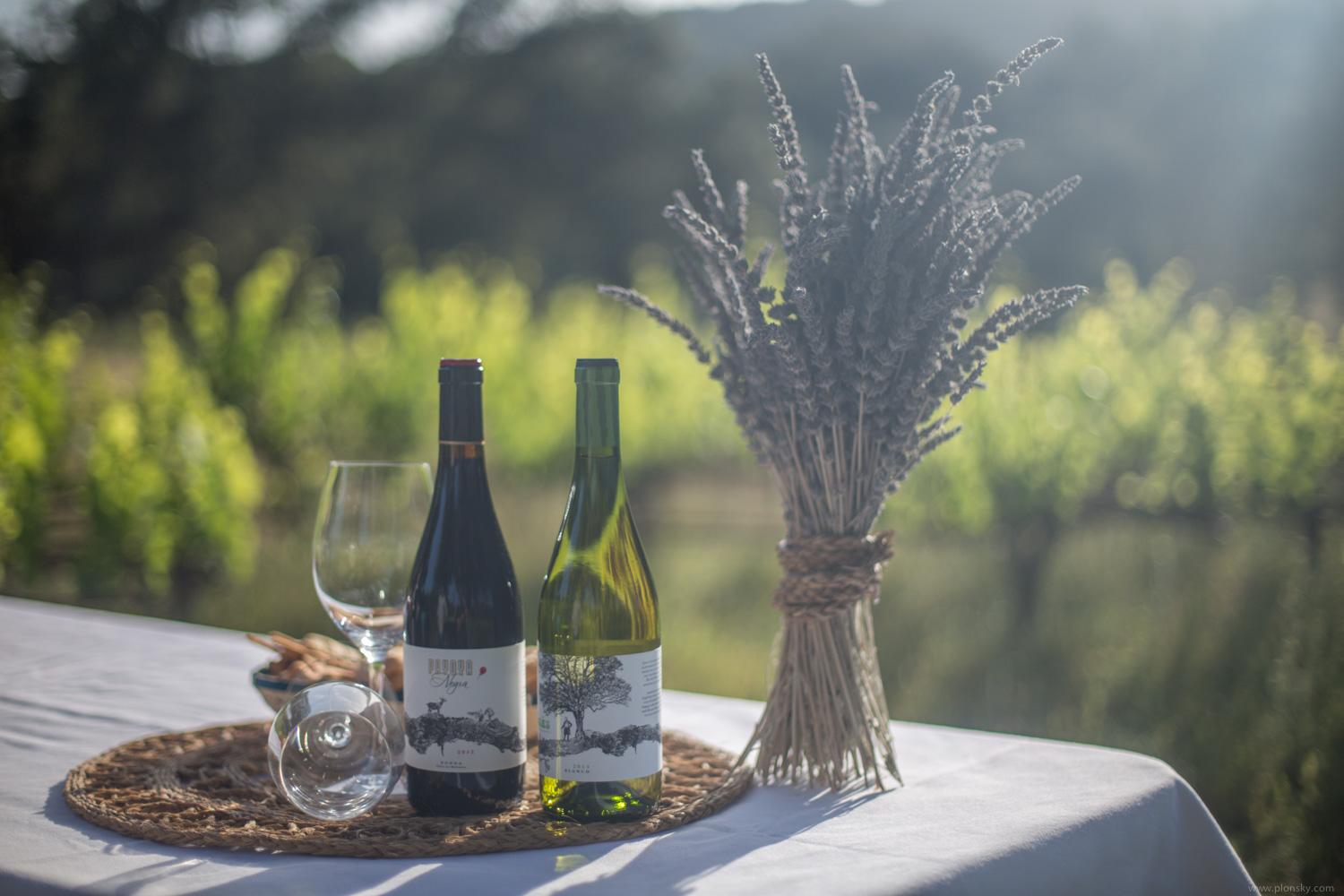